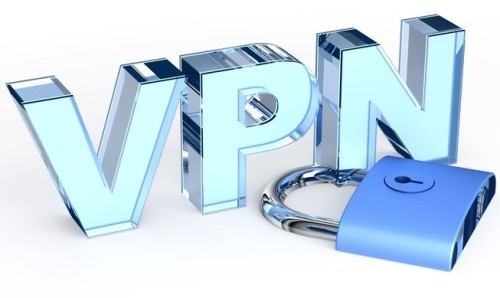 Virtual Private Network – an answer to geo-restrictions and privacy issues. A digital savior in the world of omnipresent web surveillance and identity theft. A private tunnel to any remote and restricted location you may possibly imagine. Security through encryption protocols which guard your data and your privacy. Can all this infrastructure and human support run for free? Hardly.

Is a FREE service really free?

Numerous online services have both free and paid tiers. Sometimes the difference is relatively small, sometimes it is massive but, nevertheless, in most of the cases the devil is in the detail. It is important to understand that while you may not be actually paying in cash for certain services, you might be paying another way. In its simplest form, the “payment” is made through targeted ads and data tracking. Other, much more dangerous, include collecting data logs, monitoring your online activity and selling or even stealing your bandwidth.

Things to consider while choosing a free vs paid VPN

There are several issues that need to be looked into when you make a decision on whether to go for a free or paid VPN service. Some of them are of less importance but some of them are crucial to your security or privacy. Let us go through the most important aspects of VPN functionalities starting with those less critical ones.

Free VPN services do not usually have dedicated support team or it is slow and inefficient. If waiting for the reply email for several days does not worry you, that is fine. However, most paid VPN services offer 24/7 support channels either with live chat or a ticket system. Obviously, their speed and efficiency varies from one service to another but most of them can get the job done.

Majority of free VPN providers offer their services in a ‘raw’ state and hardly ever supply any set-up tutorials, troubleshooting guides or manuals. What it actually means to an average, not really IT-literate user is that they have to dig through a number of network documents or try to set the VPN up under the hit-or-miss principle, neither of which is user-friendly and safe. Paid services usually value your time and provide you with detailed, often step-by-step, setup instructions and troubleshooting guides in case something goes wrong.

Some free VPN platforms limit the number of devices that you can use per account so if you plan to use more than one device at the same time, you would need to set up multiple accounts which, in a long run, is a nuisance. Reputable paid VPN services do not impose any restrictions of this kind and will let you use multiple devices at the same time under the same account.

Most free VPN providers gather your personal information such as your email address and send you additional promotional content so after a while you will find your inbox crammed with ads and emails sent from your free VPN service or its affiliates. Paid VPN services usually provide you with the login information and that is all. No extra messages, offers or ads.

Using a free service normally means that it is already overused with other people. With no money invested in the infrastructure (since no money is gathered from the users), the bandwidth is limited and supporting thousands of connections at the same time via one VPN server is not that easy. Paid VPNs usually have an extensive network of servers and high bandwidth so serving multiple connections simultaneously is not a problem.

Similar to the problem above, free VPN services have a limited number of servers available to non-paying clients. If you combine it with limited bandwidth, you may experience unexpected disconnections every now and then due to a lack of multiple VPN nodes in various locations, which generally makes a free VPN service not entirely reliable. Additionally, your Internet traffic gets exposed the moment your VPN connection is lost. Again, such problem does not exist with well-invested infrastructure of paid VPN providers. Now, on a slightly heavier side of the problem, you should also bear in mind the following aspects of free vs paid VPN services:

Most free VPN services provide only PPTP VPNs. The MS-CHAP V2 handshake protocol used to authenticate the user implementing the PPTP protocol is very easy to crack and is not secure. Paid VPN providers offer you a wide array of encryption protocols (PPTP, L2TO/IPSEC, OpenVPN, SSTP and even SSH) to tunnel your traffic and keep it secure. More information on protocols and the benefits of VPNs can be found here.

Some free VPN companies will collect data logs on your browsing, app usage, things you buy online etc. and use it to their own benefit or sell it to companies who use it for advertising purposes. In the best-case scenario then, your data may simply be collected, sold or marketed but, at worst, it can go as far as DMCA hand-offs.

When you connect to some free VPN service providers, they will actually use your computer to serve other users’ bandwidth. This will slow your machine down because your bandwidth and your hardware are actually being used by someone else. Additionally, if someone is using your computer for nefarious activities you could be held liable for the content of their browsing. The best (or worst, for that matter) example may be the case of Hola – a free VPN, browser-based add-on currently used by almost 50 million users around the globe.

Once you install Hola onto your computer or browser, it can instantly make your Internet connection an exit node for all sorts of traffic thus making a user a VPN endpoint so other users of the Hola network may exit through his Internet connection and take on his IP. what Hola actually did was to sell bandwidth of free users to other customers through their sister business, Luminati.

Not only is this a huge breach of privacy that many Hola users are utterly unaware of, there are also a number of other issues that arise from such a revenue model. Firstly, if you use Hola, your bandwidth could quite well be taken and used by Hola whenever your internet activity goes idle. Secondly, Luminati customers can send that traffic to anywhere they’d like, and the source leads straight back to you. This means your own IP address could be used for illegal activity or nefarious purposes.

Although it may seem that free VPN service is more anonymous in a way that it usually does not ask you for full or real details and you may easily supply fake user information, while a paid VPN service would ask for your correct details which are also used during the payment process (i.e. PayPal, credit card, etc.). However, you should bear in mind that your anonymity is basically limited to your logging details whereas your IP address can still be logged by the VPN provider and your traffic can be monitored. Remember that your IP remains the same and in case of any security breach or malicious activity on the side of the provider (which are more likely to happen in the case of free VPN services), whatever you do online gets exposed whether you provide real contact details or not.

Be careful because some disreputable companies can pose as a free VPN, which would allow them to monitor all of your activity and quite possibly gain access to your user accounts, bank information, credentials or even credit card numbers to any interested party. Also the ways of encryption matter here as certain protocols are more susceptible to leaks and are easier to decrypt by the providers. Microsoft has officially stated multiple times that the PPTP protocol has been compromised. L2TP/IPsec, on the other hand, shows a decent level of security. It is basically a 2-layer tunneling system used to double the traffic security. No major vulnerabilities have been reported while using this method.

Considering all the above-mentioned facts, the conclusion seems pretty obvious – if you seriously care about your traffic security and anonymity, go for the paid VPN services. They are capable of implementing the mechanisms and make use of their well-developed and safe infrastructure to keep your data secure and away from the prying eyes of those who mean you harm. Unless you are just a traveler who happens to be going for a vacation trip to China and would like to keep watching your favorite music videos on YouTube. Otherwise use a respected and trustworthy services such as Smart DNS Proxy which offers a wide variety of VPN options including SmartVPN, a ‘hybrid’ Smart DNS/VPN solution which keeps your data 100% safe and private. What to Do if “DNS Server Not Responding”

Smart DNS Technology: Everything You Need to Know The Best 5 VPN Services for China