How to Watch HBO NOW Outside The USA HBO has released their much anticipated online streaming subscription service called HBO Now – just in time for the start of Season 5 of The Game of Thrones! You can also use HBO Now to access the complete library of awesome and exclusive content which you’ll only see on the HBO Network such as every series of the ‘The Wire’, ‘Silicone Valley’, ‘True Detective’ and original HBO movies and documentaries.

However, just like HBO GO, US Netflix, Hulu Plus and many other popular US based websites, you cannot gain access to HBO Now if you happen to live in the UK, Australia, New Zealand, Canada or any of the other 195 countries NOT called the United States of America!

UNLESS you use a VPN or better yet – a SmartDNS Proxy to unblock HBO Now on all of your favorite Apple devices, including the iPhone, iPad and Apple TV.

So make sure you read on, because we are going to tell you everything you need to know about the new streaming service called HBO Now + we will show you the best method for bypassing Geo-blocking restrictions so you can access regional blocked websites and watch all of your favorite HBO Now programming – even if you don’t live in America/USA.


What Is HBO Now?

HBO Now is currently only available through iTunes to stream on iOS devices including iPhones, Apple TV and iPads. This is great news for millions of fans because before HBO Now became available, the main method of watching HBO on any streaming device was quite complicated as you could only stream their exclusive content through the HBO Go app – which also required you to have a regular cable subscription.

How Much Does HBO Now Cost? At the time of launch, HBO Now costs $14.99 US or about £10 UK or about $20 AUD per month. Which is a great deal considering customers get access to all of HBO’s 2,700+ hours of original programming – as well as their entire back catalog of movies from four different major Hollywood studios!

And HBO Now is currently giving users a FREE 30 day trial so why not check it out!

How Do I Use and Watch HBO Now if I Live Outside The USA/America: SmartDNS or VPN? Now you’ve probably heard of the word VPN (or Virtual Private Network) whenever someone is discussing ‘How To Unblock A Website’. This is because websites can actually identify your exact location based on the unique IP address of the device you are using when connecting to the Internet.

HOWEVER, please be aware VPNs are not the best method for streaming blocked content online!

The best way to watch and stream content using HBO Now if you live outside the US is to use a high quality Smart DNS Proxy service.

A Smart DNS Proxy service will allow you to reroute ONLY the information needed to verify your location through it’s US based proxy services – giving you MUCH FASTER AND BETTER QUALITY STREAMING.

Read more about the Difference Between SmartDNS vs VPN

I Live Outside The USA & I Want to Watch HBO Now – RIGHT NOW!

If you live in the the UK, Australia, Ireland, Canada, New Zealand, etc. and you want to gain full access to HBO Now – follow these instructions.

How To Stream HBO Now Outside The USA: 3 Easy Steps!

The first thing you are going to need (besides an Apple iOS device) is a Smart DNS Proxy service provider so you can send/reroute HBO Now content through their US based proxy servers. Best Smart DNS recommends using Smart DNS Proxy – for the most secure and highest quality streaming speeds.

Step 2. Configure the DNS settings on your Apple iOS device.

You will be given very clear and simple and instructions to configure your Apple device to watch HBO Now after you have created your FREE account with Smart DNS Proxy. Don’t worry… it’s a very quick and easy process.

Step 3. Sign Up and Get Your Free Trial With HBO Now.

After you have correctly configured your iOS device, you should be able to head over to your iTunes account, download the official HBO Now App and gain full access to stream HBO content anywhere you want. Now you will never miss the latest episode of Game of Thrones – no matter where you live.

Want To Unblock More Regional Blocked Websites Outside The US?

Then try using a Smart DNS Proxy to bypass those annoying Geo-blocks and watch what you want – WHEN YOU WANT! Smart DNS Proxy lets you unblock and watch content from many region blocked US websites like Hulu, WWE Network, HBO GO, etc and is compatible to work on all of your favorite internet capable devices including your: 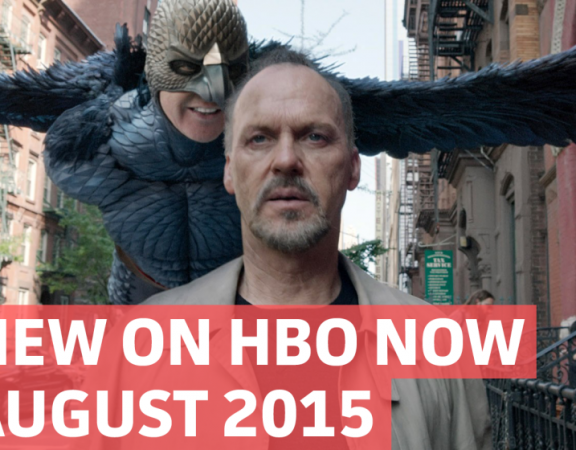