Amazon Prime, as a part of the Amazon giant, debuted as a standalone service 10 years ago. One of its best add-on was Amazon Prime Instant Video. The service itself went through several rebranding changes (started as Amazon Unbox in the US, then Amazon Video on Demand, Amazon Instant Video finishing with simple Amazon Video as of September 2015).

Before April 2016, the only way to connect to the streaming service was to fork out from the full $99/year Prime membership. Anyone with an Amazon Prime subscription had access to numerous feature films, documentaries, concerts and series streamed at a reasonable price and good quality. As Amazon gained more and more titles expanding its video resources with an ample choice of movies, TV shows and original programs, Amazon decided that Prime Video may stand on its own as a separate service. At the moderate price which is slightly lower than the most popular plan of its largest competitor – Netflix, Prime Video seems to have been taking quite a large slice off of the entire streaming cake. As far as the choice of content goes, Amazon started off its original programming on a slightly lighter note than Netflix which has always seemed to bet on a high-quality serious drama classic approach. In time, it has changed but still Amazon allows more space for experiments and certain unorthodox programming decisions. Both platforms support quite a big range of devices. Obviously, all Amazon-based Fire-family devices are supported plus most of the consoles, smart phones, smart TVs and set-top boxes can handle Amazon streaming. One feature that Netflix does not currently offer is the ability to download certain shows onto your Fire tablet, Fire phone and Android/iOS devices for watching offline. Not all titles are available but quite a large amount of content can be downloaded and saved for watching when you are not online. With either eligible Prime or Instant Video subscription, you gain access to thousands of titles. The shows are easy to find as they are divided into clear categories. No matter if you are looking for latest Hollywood blockbusters, cartoons for children or popular TV series, you are given the possibility to sieve through several thousand titles. You will be able to watch evergreen classics as well as spectacular box office hits, however, when it comes to the latest films, rental services available on Amazon are given priority. We have also noticed that older, well-established movies are slightly more difficult to find as the streaming platforms seem to be focusing more on their original TV and film content rather than on acquiring movie licenses. Amazon also offers an impressive list of add-on subscriptions (such as STARZ, SHOWTIME or SHUDDER) which extend the catalog of available titles even more.

Amazon, as most of other major streaming platforms, becomes more and more interested in making its own content. Being independent of huge production studios and propelled mostly be viewers’ preferences and expectations, Amazon can adjust its offer to the demands of its already demanding audience. Amazon original series include such titles as: The Man in the High Castle, Bosch, Mad Dogs or Transparent. The full list of original Amazon series can be found here. The company also takes care of the kids offering an array of original series for children including such titles as: Just Add Magic, Lost in Oz or Tumble Leaf. Despite the push towards original content, movie buffs will still find their favorite all-time classic hits. Such titles as Pulp Fiction, Matrix, JFK, Casino, 2001: A Space Odyssey, Top Gun or Platoon are worth revisiting no matter how many times we have already seen them.

…and so much more

The selection of kinds, types, genres and categories is really impressive. It would be virtually impossible to mention all possible options and viewing preferences. An intelligent interface which remembers your previous selections gives you prompts as to what other, similar things you might be interested in. It is not pushy or too much repetitive. It seems to be quite smartly designed and allows you to choose something to watch (unless, obviously, you fired Amazon up with clear intention of what you were looking for). Most of streaming platforms menus are crammed more with titles rather than categories which often results in spending more time browsing through endless titles than actually watching them. Amazon seems to have done a good job balancing both.

A handful of information concerning certain details which, although do not appear to bear to-take-or-not-to-take importance, are still quite significant in term of overall viewing experience.

Much as Netflix has somewhat pioneered enhanced video and sound quality, however, Amazon is not that much behind. Netflix started adding 4K content in 2013 while Amazon announced adding a few 4K shows in December 2014. The good point, though, is that Amazon does not charge extra for the privilege of ultra-high quality. What is more, Amazon was first to introduce HDR content (also free of charge). Much as almost everyone is familiar with a 4K notion now, HDR was mostly used in photography. HDR stands for High Dynamic Range and is, essentially, a wider and richer range of colors and a bigger contrast ration giving the content more ‘dynamic’ look closer to what we actually see in real life.

With somewhat better movie line-up of Netflix (at least its US version), it seems that Amazon Video has slightly larger choice of what we may call UK curiosities (e.g. Downtown Abbey). Amazon also is catching up fast with Netflix in terms of high quality House-of-Cards-like serious dramas and comedies (with such titles as a Golden Globe winner Transparent or Red Oaks. Its latest hit will be the former Top Gear team’s new show The Grand Tour.

Image-oriented and “smooth” apps interface of Netflix is quite different from the one on Amazon. However, much as neat and intuitive Netflix interface seems to be, Amazon, although some consider as less attractive, is very well organized and it takes less time to find something if you are not decided upfront on what to watch. Everything is clearly labeled and, as opposed to Netflix, you do not get confused by the mixture of content belonging to various payment plans.

Just like most of the streaming platforms, Amazon is restricted by geographical location. And just like with most of the cases, the content which is theoretically unavailable for us is much more attractive. No need to despair, though. All you need is an active VPN or Smart DNS solution which will make it possible for you to see the best of not only Amazon but many other streaming platforms. There are numerous services offering solutions to geo-blocking. Our first choice is Smart DNS Proxy which supplies comprehensive solution at reasonable prices.

Do not wait any longer, sign up to Smart DNS Proxy and start exploring one of the largest streaming platforms in the world. 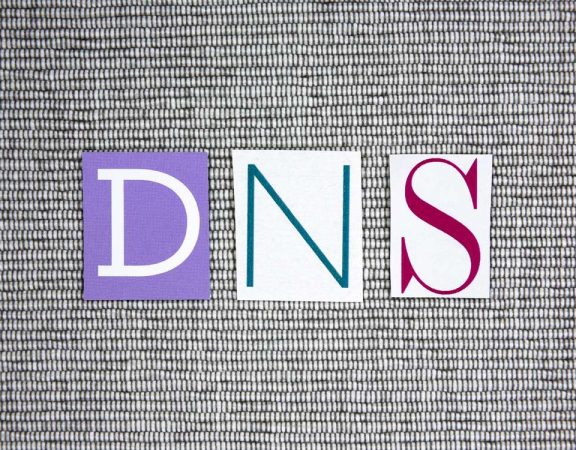